The grass family in Belgium:
The Poaceae, commonly known as “grasses”, is one of the most species rich and widespread plant families. For the human society, it is probably also the most important as it includes many staple foods such as wheat (Triticum), rice (Oryza), maize (Zea mays), panic grass (Panicum), Sorghum, but also many other useful plants, including building materials such as bamboo and reeds, or ornamentals grasses in lawns and gardens.
In Belgium, this family is also noteworthy for including its sole endemic plant species: the brome of the Ardennes (Bromus bromoideus), unfortunately now extinct in the wild!
Though some grass species are pollinated by insects, the wind is the most common vector. The Poaceae lack the typically showy flowers we most readily associate with flowering plants, producing instead small and inconspicuous but very typical flowers named spikes.
In the wild, grasses are the primary food source for many animals, not just large mammals like cows, sheep, deer, and antelopes, but also and mainly many insects which feed on grass. The Poaceae thus play a crucial role in many terrestrial food webs. Actually, their appearance during the Cretaceous (the last period of the “age of the dinosaurs”), revolutionized the landscape by leading to the emergence of whole new habitats such as temperate grasslands and savannas in the tropics. During the Cenozoic (after the extinction of dinosaurs), the Poaceae managed to conquer virtually every terrestrial environment and become the most ubiquitous plant family in the world. An evolutionary success for millions of years, the Poaceae keep conquering new lands, nowadays with the – sometimes unwilling – help of humans: namely, the family includes many weedy and invasive species too…

The Belgian Herbarium:
Meise Botanic Garden holds the largest herbarium collection of Belgian plant specimens. Each of these herbarium specimens has a label with valuable information such as the plant’s identification, and when, where, and who collected the plant. These specimens can be used in many domains of research, such as conservation, evolution, ecology and systematics. These data help us to better understand the plants of Belgium, their history and that of people who collected them. There are about 200,000 specimens in the Belgian Herbarium of Meise Botanic Garden and we want to document them all! These data will then be made available online at www.botanicalcollections.be. 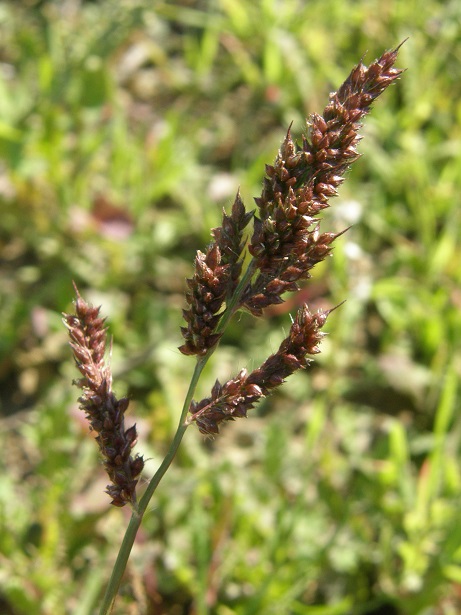 On this map you find all the locations of transcribed records of the project "Poaceae (E)".